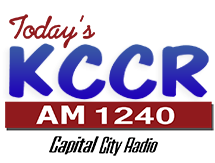 The newly formed Pierre youth clay target league for high school and middle school students has had an amazing response. In fact, the newly formed league has had such a successful response; leaders have had to put a cap on the amount of students that can be on the league this year.

Several groups in South Dakota, including the one in Pierre, have signed up to create the state clay target league as part of the national USA High School Clay Target League.

In February, leaders of the league received their blessing from the Pierre School Board to move forward with the team. Huizenga says the students will practice and compete at the Pierre Izaak Walton League…

The Pierre team will shoot for five weeks in April and May at the trap range. The team will compete against six other teams from throughout South Dakota. There will be an optional state tournament held June 11 in Aberdeen

What is different about this league is that the Pierre students will not have to leave town to compete against the other schools. Each week the team will shoot and log their scores into an online database maintained by the USA High School Clay Target League.

Many volunteer coaches from across the area are assisting in the success of the league.